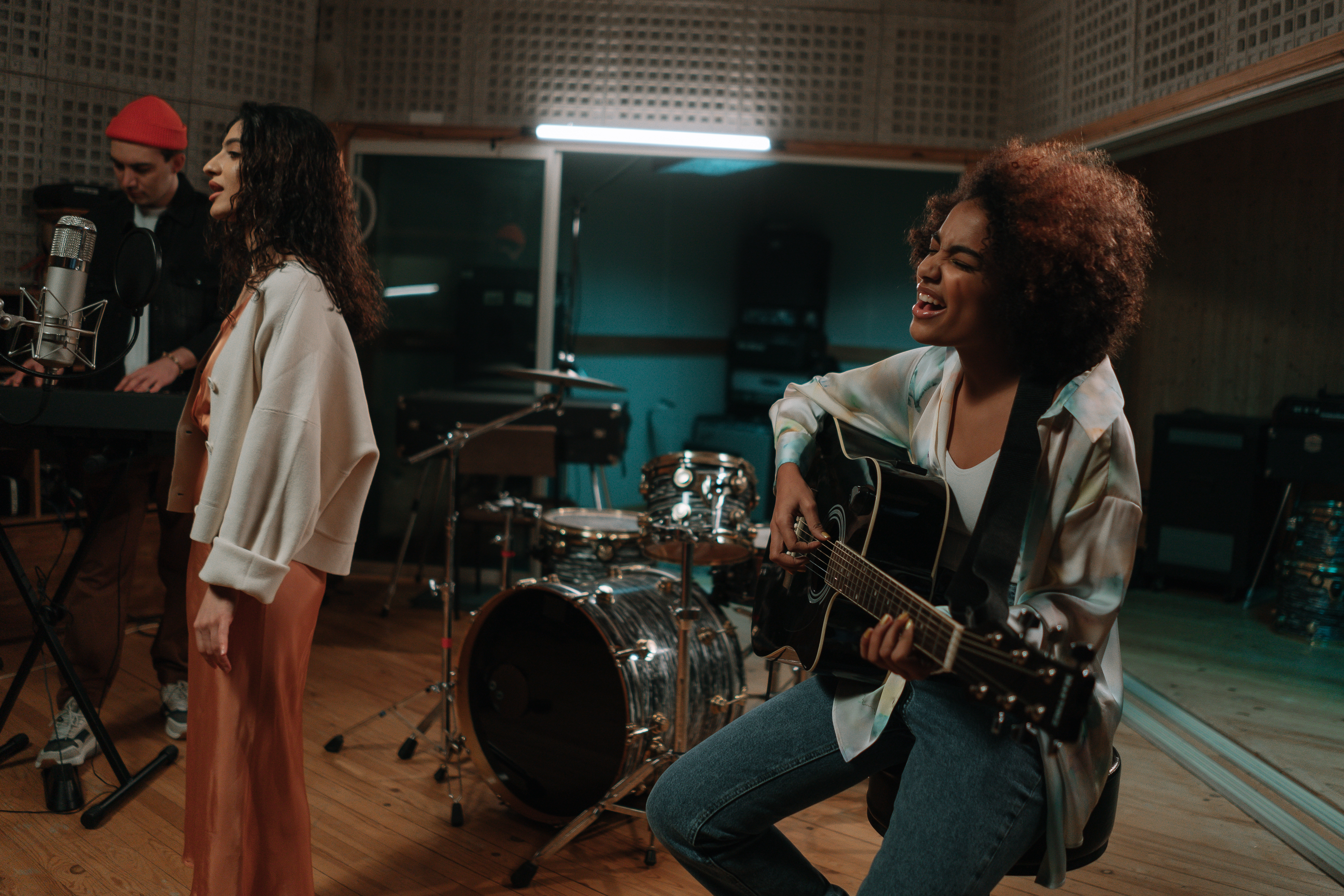 Okocha began his professional career with CCB Lions, from where he transferred to Enugu Rangers. De Enugu got a transfer to Eintracht Frankfurt in the 1992/1993 season. Okocha made his first international debut for Nigeria in May 1993 against the Ivory Coast in a decided qualifier in Abidjan and distinguished himself by scoring Nigeria’s only goal in a match which Nigeria lost two goals to one (2–1). . In another world cup qualifier against Algeria in Lagos, Okocha scored a textbook free kick to level Algeria, who were a goal up. His great performance secured a four-one (4-1) victory over the Algerians. The way ecstatic fans carried him on their shoulders showed that he was, indeed, the hero of the day.

The 1994 nation cup was another fine performance for Okocha’s career as his performance allowed Nigeria to lift the trophy for the second time. He was selected as the member of the best eleven of the tournament (11).

Three months later, Okocha was with the Nigeria team after inspiring Nigeria to their first world cup appearance. Although his performance was hampered by a foot injury as he was only able to play ninety (90) minutes against Italy and was voted man of the match in the match that saw Nigeria out of the world cup that year. However, these feats were enough to earn him a place in African Football of the Year in 1994.

Despite Okocha’s achievement in 1994, in December 1994 he was sacked along with two of his club-mates; Ghanaian Tony Yeboah and former German international Maurizio Gaudino, for an accusation that coach Jupp Heynckes described as serious indiscipline and insubordination. The trio went their separate ways Tony Yeboah and Maurizio Gaudino departed for England’s Leeds United and Manchester City, respectively. Okocha switched bases to Turkey with Turkish champion Fernerbache in a lucrative two-year deal worth $4 million.

It is noteworthy that the highlight of his stay in Frankfurt was the 1993/1994 season when one of his goals was to adjust the goal of the season. The goal was classic, Okocha, as he dislodged four opponents, including the goalkeeper (don’t ask the goalkeeper’s name), over and over again, before launching the ball into the net.

Okocha chose Fernerbache over other offers from Spain, France and even Germany due to his desire to play alongside his national team colleague Uche Okechukwu, who had joined Fernerbache in a second place finish in the Turkish championship.

Okocha tasted international glory again when he came on as a substitute for Nigeria in a 1-0 win over Uzbekistan in the second leg of the Afro Asia Cup, before the Afro Asia Cup, he played with Nigeria in the Cup of United States and scored in the three two defeat (3-2) loss to the United States. Okocha’s great feat earned him Turkish citizenship and much publicity in 1997 for his contribution to the progress of Turkish football. Okocha won the Turkish championship in the 1996/1997 season scoring 16 goals in 33 matches and getting a place in the UEFA Champions League, he finished as one of the top scorers in 1995/1996 and 1996/1997 with 14 and 16 goals respectively.

Okocha enriched his international career by winning Africa’s first Olympic gold medal in soccer with Nigeria’s Under-23 team in Atlanta in 1996, scoring a penalty twice against Mexico in the quarterfinals.

Okocha’s feat in the 98 World Cup in France where he swept and dazzled Spain, Bulgaria and Denmark. Jay Jay was branded as the player of true class every time he received the ball, he had thousands of spectators shifting in his seat contemplating what magic he would cast next. It was no surprise that he was nominated for the team of the tournament, albeit as a substitute.

PSG manager Alain Giresse had an affair with Jay Jay when he initiated the move that resulted in Nigeria’s only goal against Bulgaria at the Parc De Princes in Paris, which is PSG’s home ground by the way. The match ended 1-0 in favor of Nigeria. Okocha became the record French transfer and became the most expensive African player in the last millennium with an $18 million transfer from Fernerbache to PSG.

Okocha married Nkechi in 1997, and their first child was born when the world cup was held in 1998. The child’s name was called Daniella. He also has a son.

He was the best player of the continent in the World Cup in France 98, he became the second best in Africa in 1998 when the award for African footballer of the year was awarded to Hadji Mustapha of Morocco.

Okocha participated in the 2000 Nigeria/Ghana Nations Cup, a superb player who scored twice in Nigeria’s 4-2 victory over Algeria. Okocha received the red card in the quarter-final tie against Senegal. He missed the semi-final match against South Africa and scored for Nigeria in the final against Cameroon, scoring Nigeria’s equalizing goal with a rocket shot, the match ended 5–3 on penalties which the Cameroonians won.

With the departure and dismissal of key Super Eagles players, another team was formed and Jay Jay Okocha was entrusted with the role of captain. Okocha captained Nigeria at the 2002 Korea Japan World Cup, though he became Nigeria’s worst World Cup when Nigeria was drawn alongside Argentina, England and Sweden. Nigeria finished bottom of the table in the group but Jay Jay Okocha’s experience and skills earned him a bye to England’s Bolton Wanderers.

Okocha has mentored the likes of Ronaldinho, and Everton Play creator Mikel Arteta at PSG helped Bolton go from relegation contenders to UEFA cup contenders. He was given captaincy responsibilities after his excellent first season at Bolton.

Okocha was in the Premier League’s top five in his second season at Bolton. Players like Aston Villa’s Ray Palour Sorensen and Arsenal’s Dennis Bergkamp will not be forgotten for his free kick and great skill. He helps Bolton to their first Carling Cup final and to sixth place for the first time in decades.

His performance was superb when he led Nigeria to Tunisia 2004, scoring the 1,000th CAF Nations Cup goal in a 4-0 victory over South Africa. He sent home spectacular free kicks that ensured Nigeria’s qualification ahead of Cameroon in the quarter-finals. He was nominated for African Footballer of the Year in 2004. He was the second best player in Africa on two consecutive occasions: 2004 and 2005 respectively. He was the BBC Africa Footballer of the Year in 2004 and 2005 respectively.

Okocha returned to England as he was signed by a lower division who are now doing well in the top league (Hull City). Although the injury has been a major setback for Jay Jay, he was with the Hull City side beaten by Chelsea in the Carling Cup. Hull City remained the only club that Okocha did not score. Hull City were promoted to the Premier League last season. He inspired Hull City to promote them to the first division and left the club after his promotion. With Okocha’s departure from the national team, it will be difficult to find a replacement to fill Okocha’s big shoe. Though young players like Lukman Haruna and Rabiu Ibrahim are showing great class, display and potential to be the next Super Eagles playmaker. It took eight years to find a replacement for Green Eagles Mudashiru Lawal. Osaro Obaifo, John ENE Okon, Friday Ekpo could not replace Lawal until the arrival of Austin Okocha. How long will it take to find a replacement for this great player named Okocha who retired from football as a player on June 27, 2008, said Waidi Akanmu?